An Amazing Defeat of Thomas Gifford by Roosevelt Roberts in Florida

An Amazing Defeat of Thomas Gifford by Roosevelt Roberts in Florida

Roosevelt Roberts Overcame Many Struggles During his Early Life 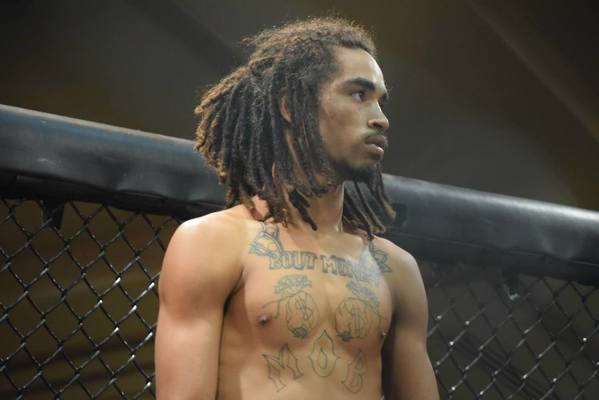 Roosevelt Roberts began fighting at an early age. According to ESPN, Roberts states that, “Fighting somebody that’s trying to step up to you, that’s easy work. You know what I’m saying?” Getting in the ring and fighting an opponent is easy work for someone who has overcome the struggles that Roberts faced growing up.

In describing an early memory to ESPN he states that, “ “I think the time I realized what was going on in my life wasn’t normal, I was probably 11 or 12,” Roberts said. “I was sleeping and I heard [my parents] fighting, and I jumped up and started running towards my dad, like, ‘Hey, hey, what are you doing?’ “And he turned around and looked at me and said, ‘Go back to sleep.’ And I went and sat down on the couch and I remember feeling, damn, I can’t do s—. I can’t help. I can’t go in there and protect my mom. I just remember feeling useless. Like, this is what I gotta live through. This is what my mom gotta live through.”

By time Roberts was 14 he could not stand watching his mother get abused anymore. According to ESPN Roberts stated , “Some of the worst fights he says he’s ever been in didn’t take place on the streets, but in his house, or in the backyard with his father. He didn’t win many of those early conflicts with his father, but says he wasn’t standing idly by, either”.

Between the ages of 14 and 20 Roberts was homeless. ESPN reports that, “ He would bounce from place to place and do whatever it took to make ends meet”. They go on to state that , “ He admits he sold drugs, and he was arrested as a juvenile for strong-armed robbery. His father claims he kicked his son out of his home because of the illegal activity, and he felt he’d run out of options to correct it”.

When Roberts was 19 he found out his girlfriend was pregnant with his daughter Amirah, and that is when things began to turn around. ESPN states that, “ And it was in California, following the birth of his daughter, that Roberts stopped being angry. He began training in martial arts and got talked into his first amateur bout in 2014, after just a few weeks in the gym. He lost via submission, but became convinced he could turn fighting into a career” 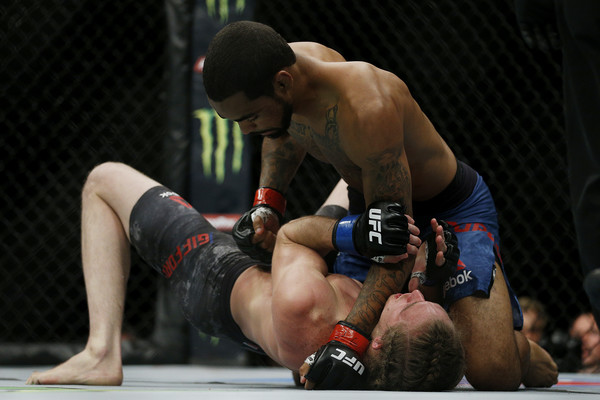 MMA Insight highlights the details of the three rounds at UFC Fight Night 150 in Florida:

“Round One:Leg kick from Roberts to start. Roberts misses with a straight punch, but gets into the clinch off of it. Gifford breaks away though and goes back to striking range. Roberts into the clinch again looking for a takedown, but Gifford stays upright. Gifford on the front foot now. Punches in close here and both men land.Gifford throwing a fair amount offensively, but Roberts ducks underneath and brings him to the mat. Roberts in north south and then to side control.There’s a scramble and Gifford has an awkward position here on bottom, but Roberts passes back to side control. Gifford throwing up an armbar attempt. Roberts changes position and Gifford tries for a kimura and then back to the armbar, but doesn’t get it and his opponent breaks free and ends up in north south position again.Final 10 seconds and Roberts unloads a few ground and pound blows to punctuate the end of the round”.

“Round Two: Straight right for Roberts to start the second. Now a flurry of punches from Roberts lands cleanly. Leg kick for Roberts, a punch in response from Gifford and then a hard three-punch combo in return from Roberts.Another hard flurry for Roberts. He lands again and snaps Gifford’s head back. Gifford still coming forward, but at the moment not landing with the same power or accuracy of his opinion.Roberts lands a gain and moves into the clinch against the cage. Roberts looking for a takedown and Gifford pulls guard working a guillotine choke attempt.Roberts pops his head out though and settles in Gifford’s guard, pressing him uncomfortably against the cage.Approaching the final minute of the round and Gifford starts wall walking. Roberts now in north south position with Gifford crunched up against the cage. They scramble late in the round and Gifford tries to set up a submission that doesn’t pay off before the bell”.

“Round Three:Jab for Roberts. Now a leg kick and avoids Gifford’s return shots. Big one-two from ROberts. Another heavy blow lands. Into the clinch they go and Gifford presses Roberts to the cage looking for the takedown. It doesn’t pay off at the first attempt, but then he does adjust and bring his opponent down.Gifford in half guard. Roberts able to get back to full guard and then kick off Gifford to find the space to stand back upRoberts with another big punch. Now he presses Gifford up against the cage and looks for a takedown. He lands it with 90 seconds of the fight remaining. Roberts in half guard and landing a few elbows to the leg of Gifford. Gifford pulls him back into full guard. Ground and pound blows landing now.There’s a lull in the action and then he goes back to his ground and pound in the final seconds of the round”.