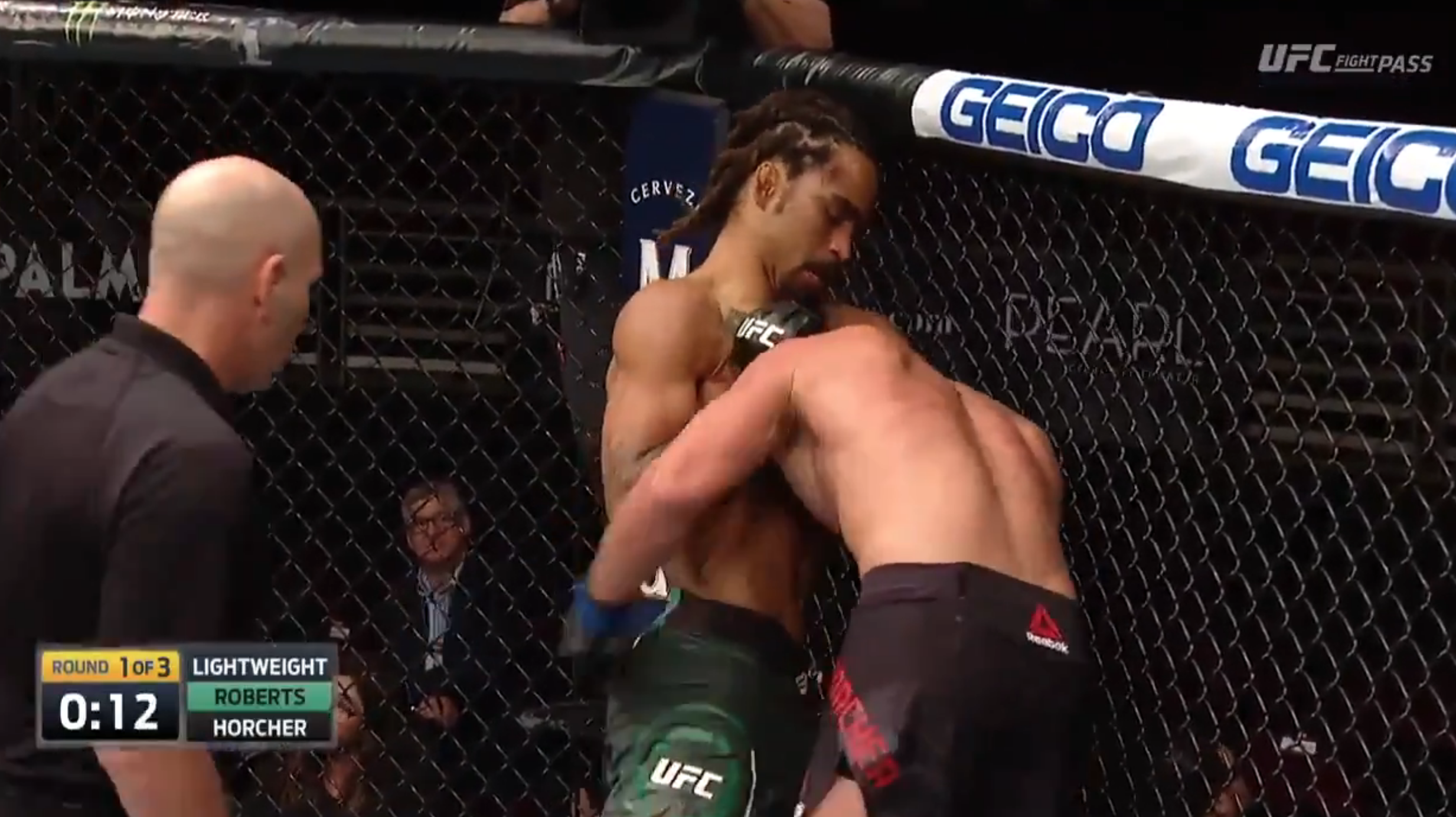 Roosevelt “The Predator” Roberts, submits Darrell Horcher on The Ultimate Fighter 28 Finale: Dos Anjos vs. Usman in the first round  (04:49) via standing Guillotine Choke. (See finish below) Roosevelt is making waves with his unique style of the guillotine choke, making it his first submission of choice and he is “looking for it” and “goes for it when he sees it.”

Roosevelt Roberts gets the neck and taps Horcher in round 1! 6-0! #TUFFinale pic.twitter.com/AypDNKVv38

Roosevelt Roberts, a seemingly mild-mannered fighter, said he was very nervous before the fight, but his coaches kept him calm. He “always gets nervous before fights.” However, Roosevelt remained calm and stuck to his game plan. The guillotine finish is something he is always looking for. “The guillotine, I’m always looking for that, regardless,” Roberts said. “Wherever we’re at, I’m always thinking about it. I might not go for it right away, but if I see it, I’m going to go for it. ” He used a unique power guillotine by pushing his hand up, as opposed to pulling up, and held it until Horcher tapped.

What’s next for Roosevelt? Well, that answer is easy. He wants Mike Trizano, the winner of The Ultimate Fighter 27. Roberts was disappointed when he tried out TUF but did not make it on that series. He felt he could have won TUF 27.  He previously asked for Trizano, however, he was matched up with Horcher.

Will the two eventually match up? We will wait and see, and if it happens, we are confident Roosevelt will be the victor.

Roberts In The News

According to MMA UK, “There have been some remarkable backstories on some of the UFC’S newest talents in the first two seasons of Dana White’s Tuesday Night Contender Series. In today’s episode of Across The Pond, you will meet two California kings looking to set the UFC aflame like a raging wildfire”.

When discussing Roosevelt Roberts MMA UK goes on to state that, ” A professional since October 2016 and representing Adrenaline Martial Arts and Fitness and Carlson Gracie BJJ, Roosevelt Roberts held a perfect 6-0 record (prior to his latest victory, now 7-0 ) comprised of three submissions and three knockouts. Roberts earned a contract with the UFC on week seven of season two of Dana White’s Tuesday Night Contender Series in 2018. He has earned a finish in all six of his victories as a professional. 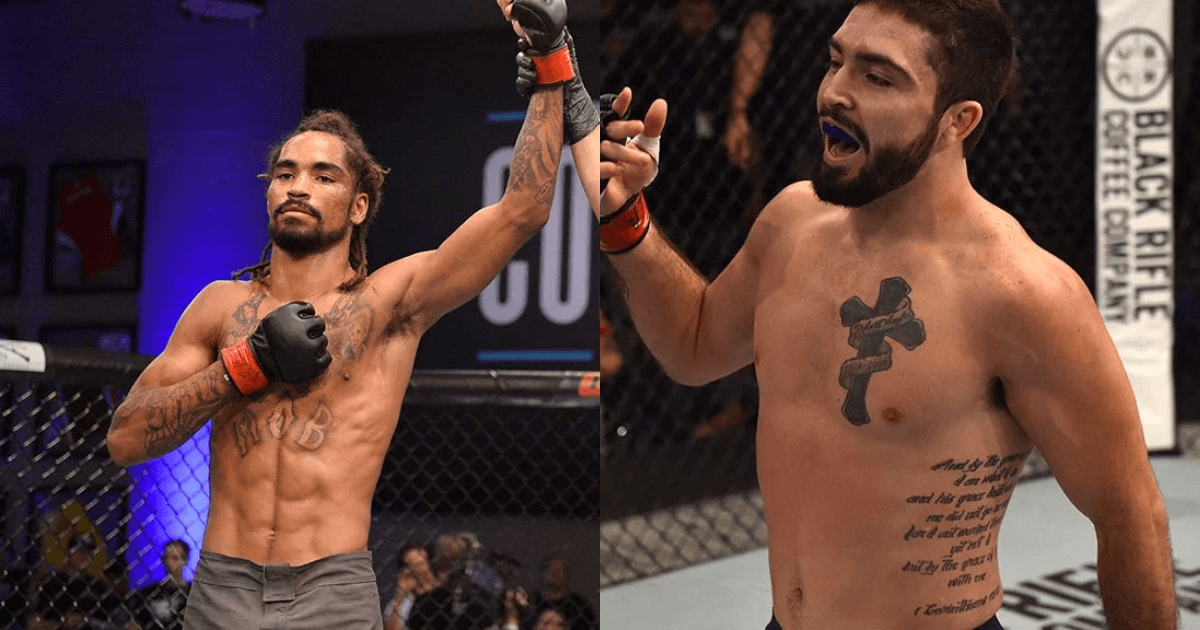 In his MMA debut at California Fight League 9, he tapped out Michael Thomas via guillotine choke in the first round. Roberts also defeated Andrew Kauppila via TKO in round one at KOTC Groundbreaking. Then at CXF 8 Cali Kings, he submitted Dominic Clark in the first round via guillotine choke. At CXF 9 Roberts defeated Shohei Yamamoto via TKO in round two. In his lone appearance with Bellator MMA at Bellator 192, he defeated Tommy Aaron via TKO. At Dana White’s Tuesday Night Contender 7, Roberts tapped out Garrett Gross in the second round via rear naked choke to extend his unbeaten streak to six to begin his professional career and also earned a UFC contract in the process. At 6-0 (Now 7-0) things are just beginning to heat up for this explosive lightweight bomber!”