The story starts out as tragedy but ends with inspiration. You hear about hard times and how people help out to overcome them. You hear about harsh places and how a few people with heart help children and those in need overcome hardships with the tools they are given for success. Lives change for the better and Martial Arts has a hand in that in a lot of cases. Rio De Janeiro is one such place where there are beautiful sights as well as dark corners. The Favelas are infamous for being the kind of place you don’t want to go. Children who grow up in the Brazilian Favela of Maré, one of Rio’s most dangerous slums are faced with violence and poverty that we don’t see in our country. The sprawling neighborhood, which is home to approximately 130,000 people, is a frequent target of harsh military and police crackdowns, as well as deadly conflict from the area’s drug cartels.

Thinking ahead for the World Cup in Rio in 2014, the government sent almost 3,000 troops into Maré as part of a “pacification” plan for the Favelas, but as expected, crime and violence has continued. Despite the myriad of problems that life in the Favelas holds, José Aldo, one of the best champions in UFC history, conceived of a project that gives hope and purpose to the children there. Aldo opened a martial arts school in his name in the favela last year. So far, José Aldo Fight School has served 534 students, between the ages of 6 and 22, giving them a chance to cope with the hardships of their daily lives through practicing judo, jiu-jitsu, and boxing. As Brazil’s political turmoil, rising violence and gaping economic disparities form a gloomy backdrop to the Rio Olympics, this school offers an example of the power of sport to build community.

With world-class coaches and a clean facility. Jiu-jitsu teacher Marcelo Negrão explains that the school has offered kids a compelling alternative to the perils of the street. “Here, we replace a gun for a kimono,” Negrão says. (Quote from the Huffington Post). While the Favelas are underserved and lacking in child-friendly facilities, the José Aldo Fight School seeks to build a strong and healthy community for the kids, Negrão says. “There is lack of support, education, and health care. There is only one [Emergency Room Unit] here. Children don’t have anything. Aldo’s school is the only leisure activity available. The wrong path takes you nowhere,” he continues. “What they need is discipline, respect, and hierarchy. They must keep their minds busy, they must have activities, and they must study. And they find discipline in martial arts.” Sounds familiar to the teachings of most martial arts coaches.

The children of the Favelas are potentially the next generation of drug cartel members, robbers, murderers, or other bad guys… If their course can be changed and their energy redirected, then they can be saved and maybe hundreds or thousands of others can be changed exponentially through them. A quote for the conclusion of this notion sums it up nicely. “Martial Arts does not teach you how to fight, it teaches you why not to.” Lakshya Bharadwaj said that, and it makes perfect sense if you believe in the spirituality of Martial Arts. Kids will follow the example of their heroes, whether those heroes are good guys or bad guys will determine the way they behave and the goals they aspire to attain. Starting to teach them that there is more out there than destruction and harm is a great way to start the improvements. 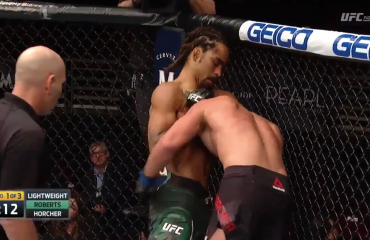