Kid’s Jiu Jitsu – Student of the Month  Proud to announce Aris Casarez as student of the month for march 2019. Aris is a hard working diligent fighter. She placed 2nd in her first tournament back in January and it is only her first year in Jiu-Jitsu. She has a bright future here at adrenaline. If you would
CAJiu-Jitsustudent of the month
Read more
No Comments 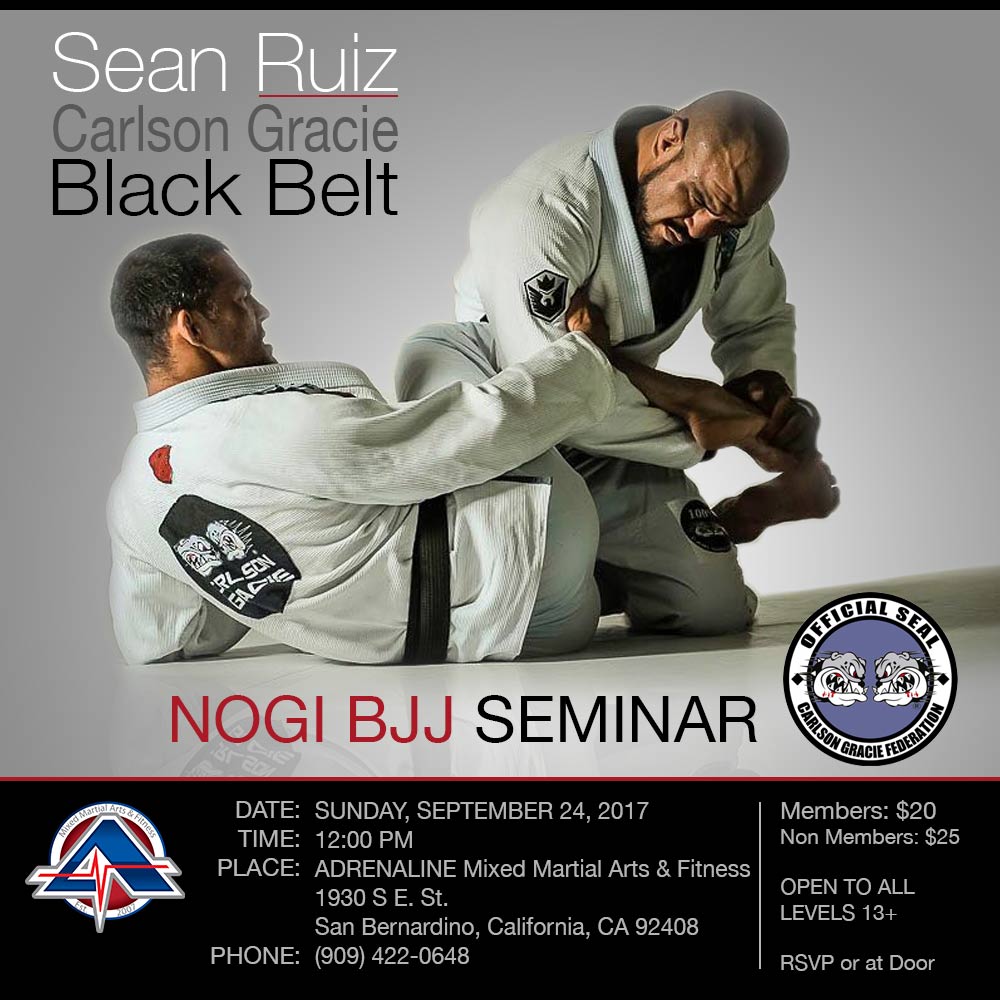 Professor Sean Ruiz is a Carlson Gracie 1st Degree Black Belt in Brazilian Jiu Jitsu. Sean Ruiz began training Jiu-Jitsu in 1998 and received his black belt under Carlson Gracie in 2013. He is a current member of the Carlson Gracie Competition Team and an instructor at Carlson Gracie, Temecula.  Sean is known for his Leg Locks,
BJJ SeminarJiu-JitsuLeg LocksSean RuizSean Ruiz BJJ
Read more
No Comments 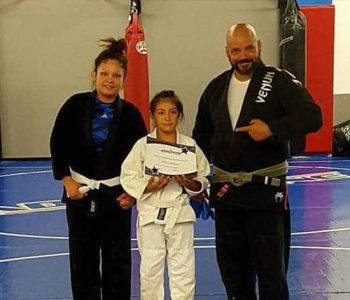 Jiu Jitsu – GI Dora Adame has shown tremendous growth and improvement in the Art of Jiu Jitsu.  She bows prior to stepping on the mat and takes it very serious.  She listens intently and attempts to immediately try out new techniques in practice and in sparring.  She is a quiet, mild mannered student. But
bjjGI Jiu JitsuJiu-Jitsu
Read more
No Comments

MARTIAL ARTS IN THE REAL WORLD

Tuesday, 14 March 2017 by Magic
I look up stories all the time about practical uses for martial arts. I try to find the best headlines and stories about how Martial Arts is used in the real world and the stories I come upon are plentiful. They are from all over the world and it makes me feel good that Martial
Jiu-Jitsu
Read more
No Comments

Monday, 04 July 2016 by Magic
Even without the roots of Martial Arts Styles being specifically developed for Military reasons, it is evident that the reasons they were first were developed was not for spiritual awakening but more as a need for self-defense from groups of would-be attackers. Martial Arts’ inceptions and growth came out of necessity for self-preservation. The spiritual
Jiu-JitsuMilitaryMuay ThaiSelf-defense
Read more
No Comments