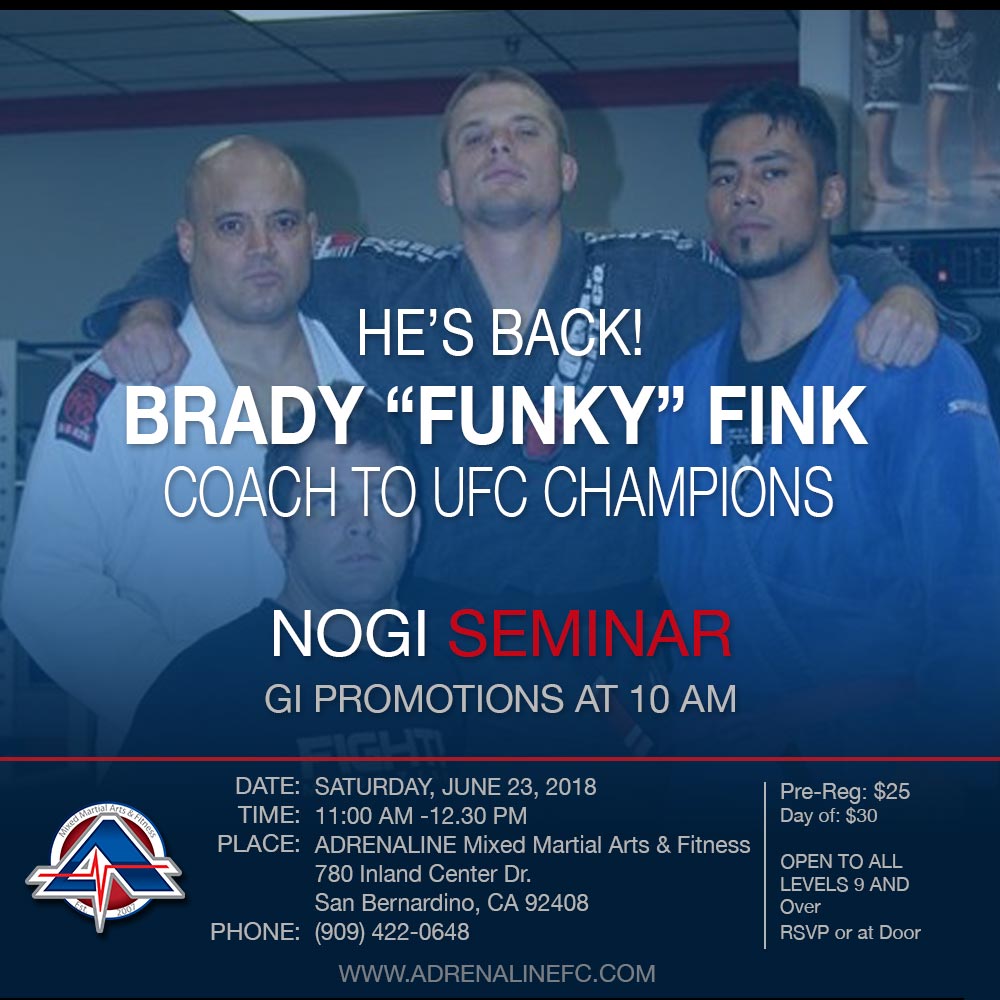 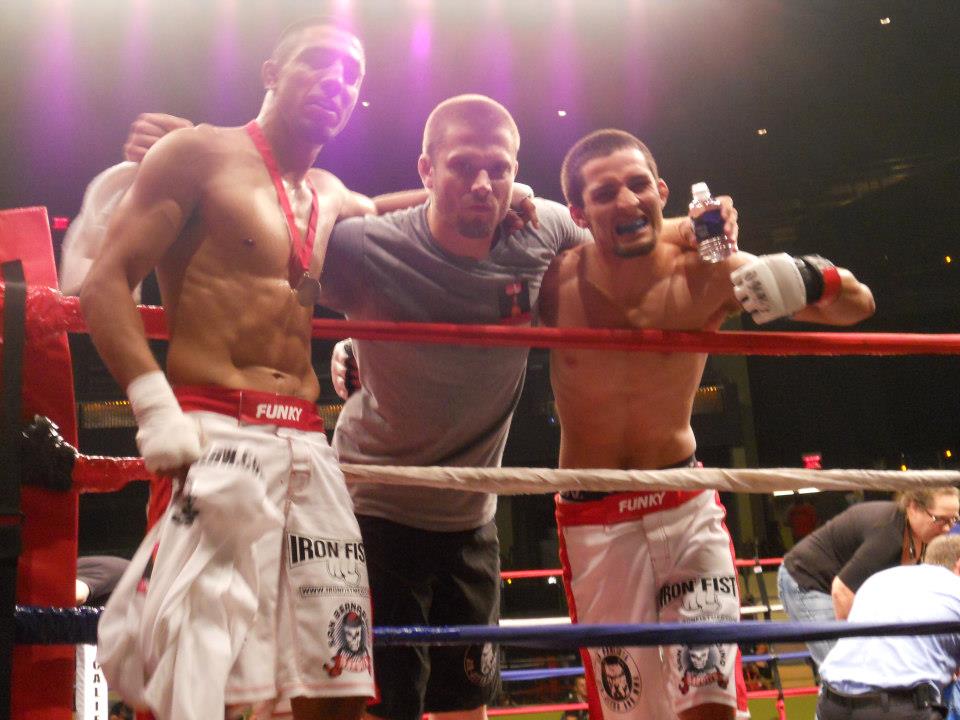 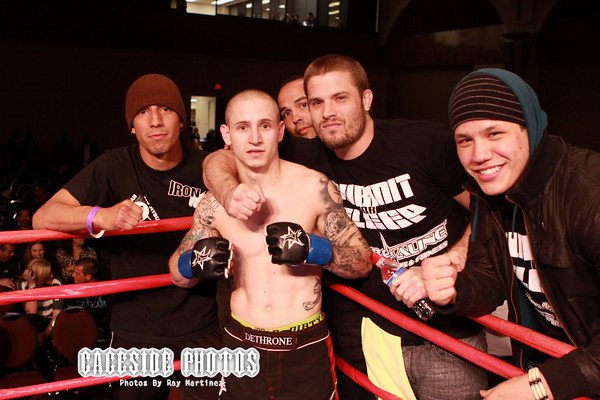 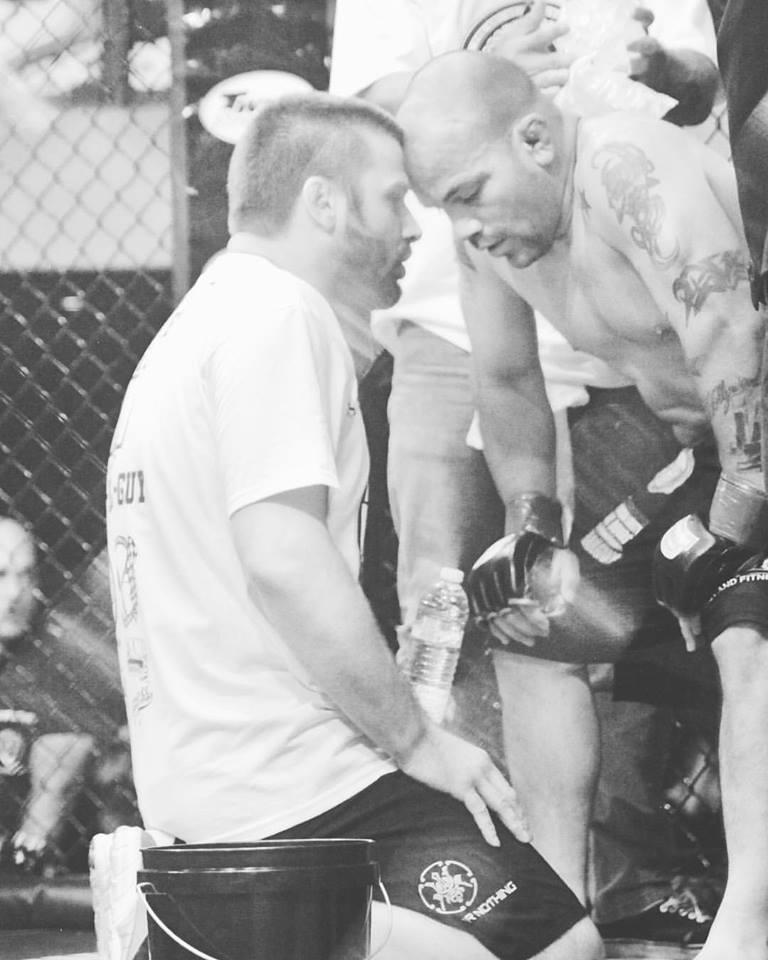 Brady Fink, a third degree black belt under Cia Paulista Jiu Jitsu, has made headlines in recent years, on the side of Michael Bisping, Former UFC Middle Weight World Champion. Brady has worked with Michael Bisping as his head Jiu-Jitsu coach for the past several years, and through his rise in the UFC to become the Middle Weight Champion of the world. Brady, has been instrumental in working with Michael at improving his ground game, to compete against world class grapplers like Dan Henderson.

In 2012, Michael Bisping left Wolslair MMA Academy to work with the likes of Brady Fink and Tiki Ghosn, and later went on to win the UFC Middle Weight Championship of the World, taking the belt away from Luke Rockhold in 2016.  Brady worked with Bisping on his Jiu-Jitsu and wrestling, and the results paid dividends when Bisping had his rematch win against Dan Henderson, a world class grappler and former UFC veteran and Pride Championship veteran.

Michael Bisping, known as a stand up striker, has trained under Brady Fink, to become a UFC World Champion. Brady has trained many Fighters that compete in UFC, Bellator and local promotions. His knowledge and experience is legendary for an American Jiu-Jitsu practitioner, coach and mentor.

Brady Fink and Bisping’s Come Back

Bisping’s striking coach at the time, Jason Parillo stated on his rematch against Dan.

“This is a very important fight for the both of us, for our whole team, for Brady Fink as well, for the guys that Michael’s been around for a long time, and it’s very important,” he said. “There’s nothing personal here, there’s just a little scar on Mike that we want to get off and Dan Henderson’s it, and Mike’s gonna be really focused and try again. He’s gonna do it in a high fashion, he’s gonna go out there have a good time and redeem himself.”

Brady Fink has been a mentor and coach to people from all walks of life.  From blond haired kids along the coast of Huntington Beach to kids in San Bernardino. Many of who have become exceptional students. Brady continues to be a coach and mentor to many of us. As a Head MMA Coach and Jiu-Jitsu Professor, Brady was instrumental in the early years of Adrenaline and the building of its Jiu-Jitsu and MMA Programs.

Brady Fink’s Legacy with Gyms Across the Nation 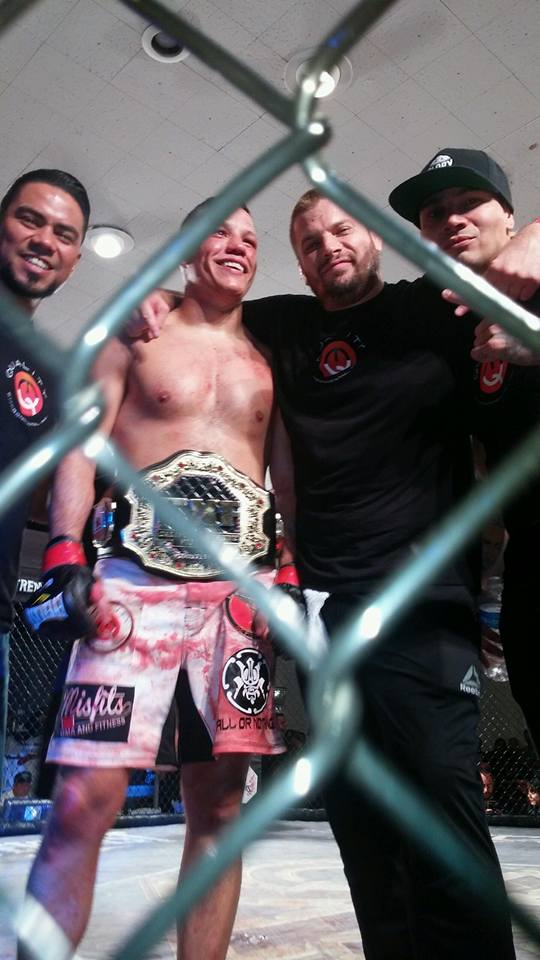 Today, Adrenaline is home to some very uprising Pro MMA prospects, such as Roosevelt “Row” Roberts, Jalin Turner and Coach Jose Medina, Coach Adam Rothweiler and others. Brady was a coach to many of these up and comers, who are looking to become the next champion of the world.

Coach Mike Robles earned his Purple and Brown Belt under Brady Fink, and looks forward to earn his black belt in the future. Mike Robles was one of Adrenaline’s First Pro Fighters, and never stops learning from his professors.

“Brady has always been there to push me during my training and a brotherhood began that continues to this day. Brady has cemented the hard work and dedication that it takes to build yourself and others.  I often reflect upon and utilize teaching skills that I learned from Brady in the classes I teach. He is a great influence in my career as a Jiu-Jitsu Practitioner and Coach.” – Mike Robles 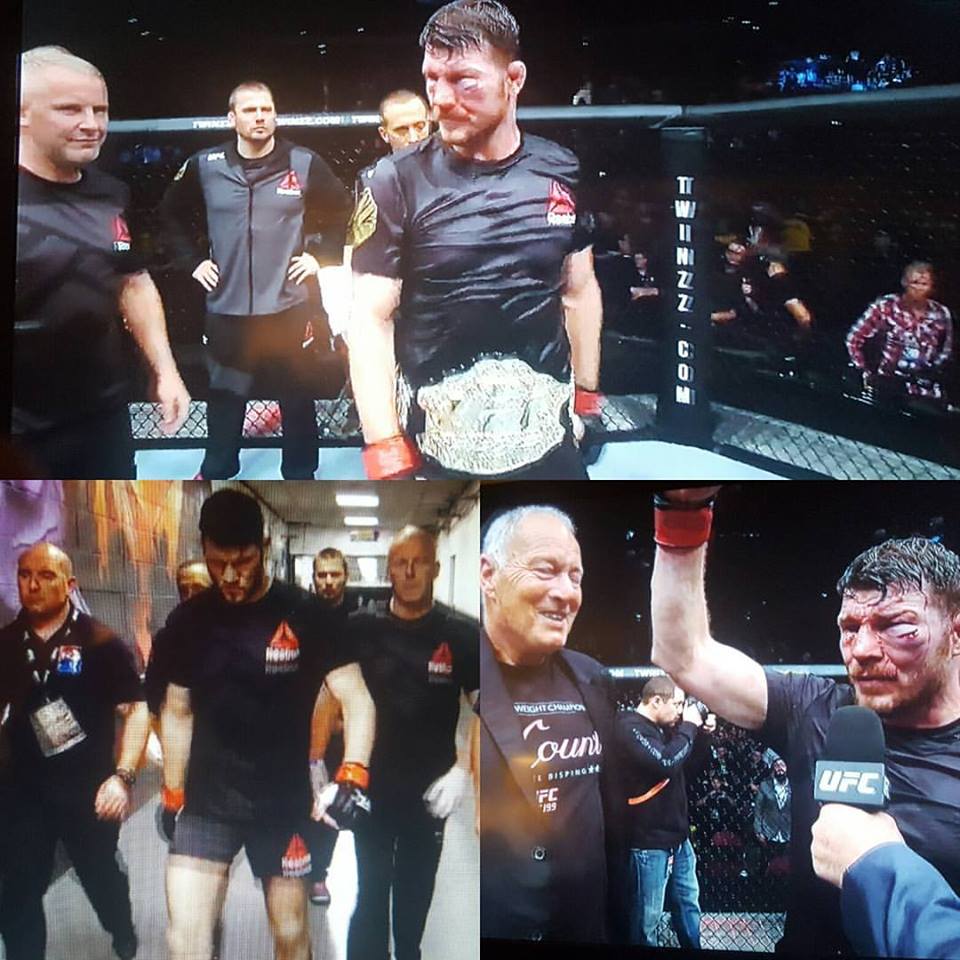 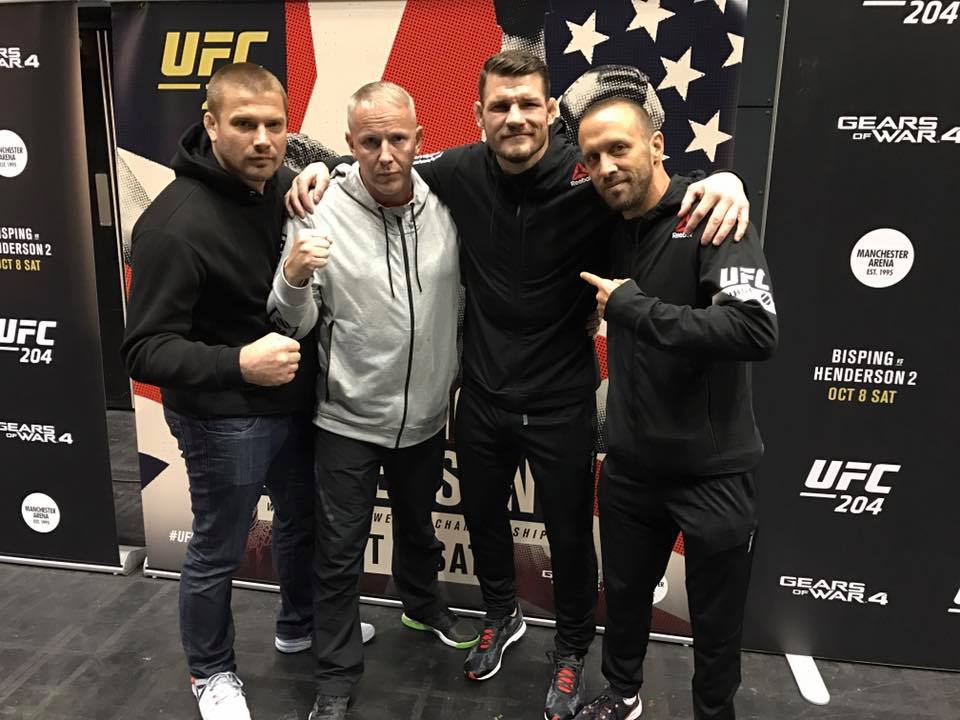 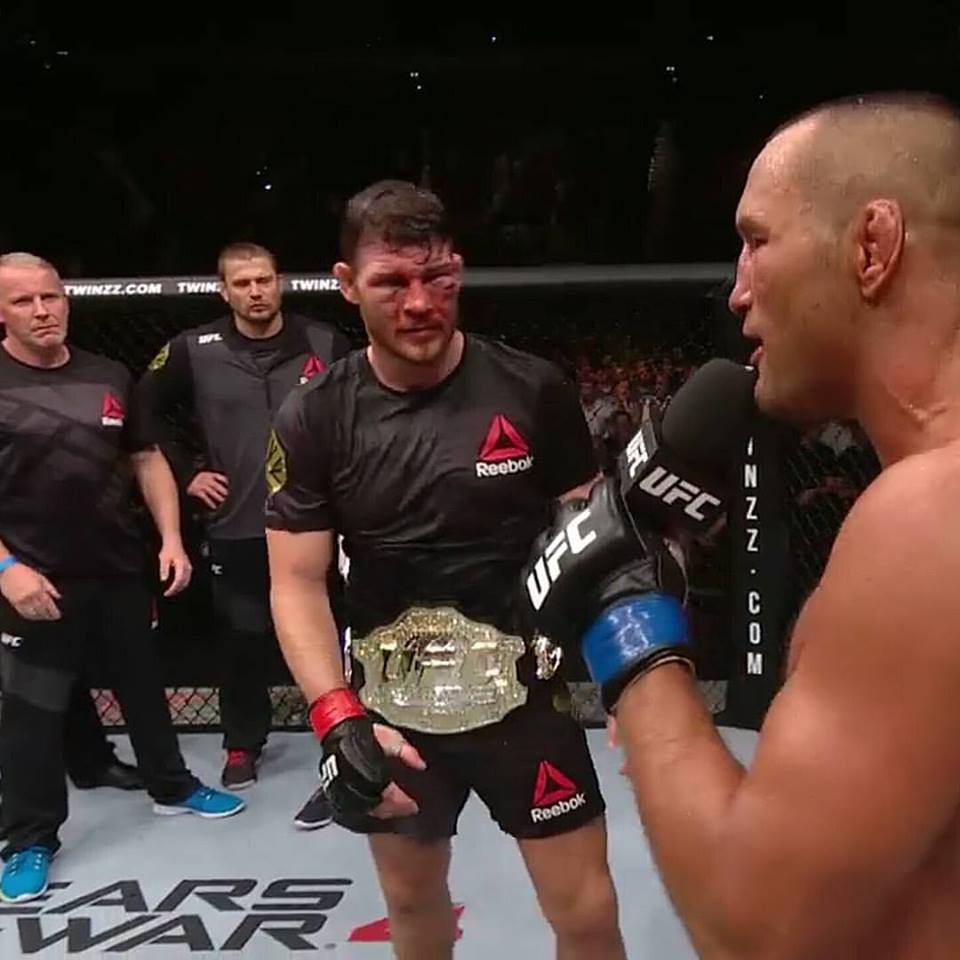 Call us for more details, and Welcome back Professor Brady Fink. 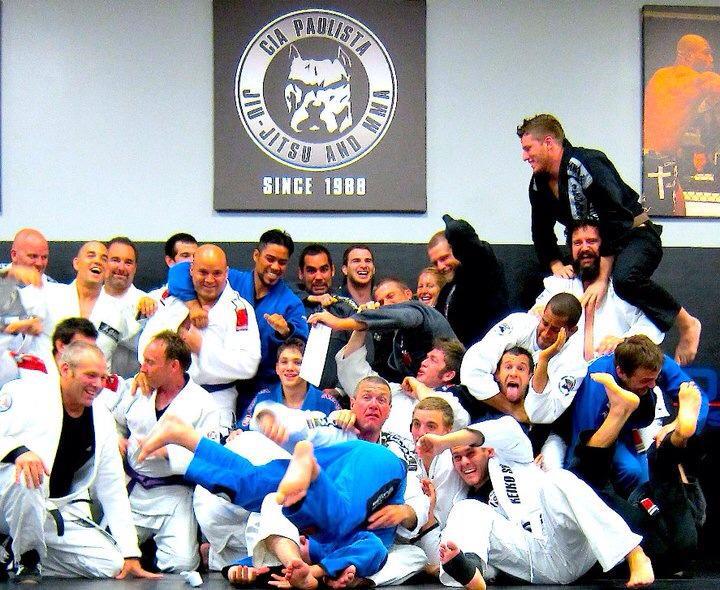 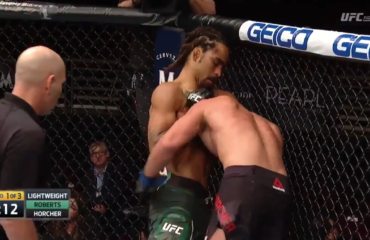 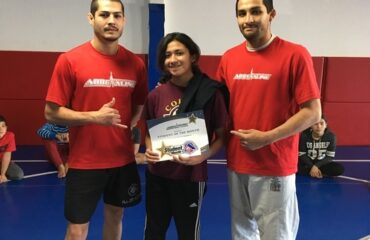 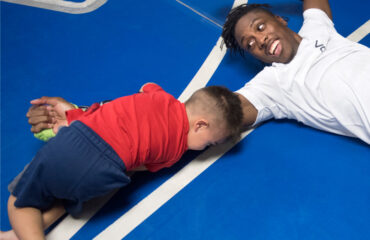